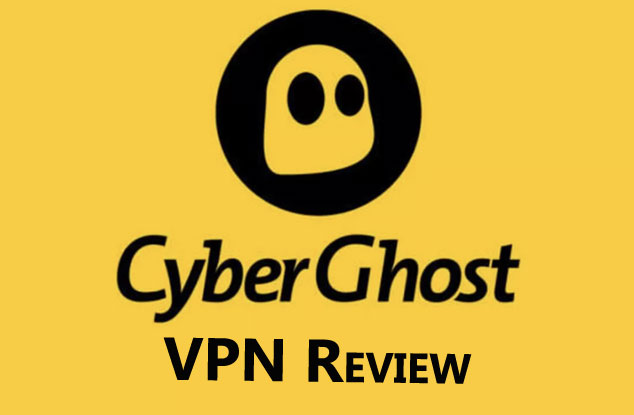 Written on November 4, 2022 in Reviews by admin

Today we will start the detailed CyberGhost VPN Review. CyberGhost is a well-known virtual private network (VPN) service that is renowned for its intuitive interface. Kape Technologies, which also owns Private Internet Access and ZenMate, is the proprietor of this service provider as well. The organisation has always been a strong advocate for human rights, such as the right to privacy, free societies, and unfiltered internet access.

CyberGhost was first established in Romania in 2011 and has since established itself as one of the most reputable and dependable free VPN service providers available today. However, at this time, they are concentrating on offering premium products.

In this CyberGhost VPN Review, we checked everything that was important, including how quickly it works, how secure & reliable is.

Pros and Cons of CyberGhost VPN

Unblocks over 35 of the most popular streaming services in a dependable manner. In my experiments, I was able to unblock Netflix, Disney+, Amazon Prime Video, Hulu, and many more streaming services by using the streaming-optimized servers that CyberGhost provides.

A remarkable worldwide network with highly efficient server infrastructure. CyberGhost features 9,294 servers in 91 locations, including servers devoted to streaming content, torrenting content, and gaming content; however, none of these servers are able to circumvent censorship in countries such as China.

Encryption on a military-grade level as well as other security measures. Not only does CyberGhost provide 256-bit encryption and a kill switch, but you can also personalise the service with additional features that are geared at ensuring your safety.

Servers that are geared for P2P file sharing and torrenting. You may download torrents in a secure and dependable manner using these dedicated servers, which also allow you access to high download speeds.

CyberGhost doesn’t make things more complicated than they need to be and offers applications for all of the main operating systems, including certain smart TVs, in addition to being compatible with routers, gaming consoles, and other devices. I tried out a few of CyberGhost’s applications to get a better idea of how user-friendly the service is.

100% satisfaction or your money back. Up to forty-five days of risk-free testing are at your disposal. After requesting a refund, my money was returned to me within a week.

Long-distance servers often have slower speeds, whereas nearby servers have very quick response times. My connection was able to handle HD streaming and even gaming on local servers, but when I tried to connect to long-distance servers, it slowed down significantly.

Installing CyberGhost is simple, and once it’s set up, you may use it on as many as seven different devices at once. When you wish to utilise a Virtual Private Network (VPN) to get access to restricted material on several devices, such as your laptop, Smart TV, Android smartphone, iPhone, Chromecast, and tablet, this is the right solution.

One of the most important characteristics of any virtual private network (VPN) is its speed. That is why we put every VPN service that we evaluate through our performance testing. We have to make certain that they are able to secure your traffic without significantly slowing it down or creating significant delays.

Additionally, we found that the speeds of the various servers varied greatly. For instance, the dedicated Netflix US server that CyberGhost offers was noticeably quicker than any other US server that we tested. As a result, we strongly suggest that you try out a few different CyberGhost servers before settling on the one that best accommodates your requirements.

We were able to connect to any VPN server in an impressively short amount of time, taking just a few of seconds on average. The connection timings will naturally vary based on the server that you choose and the VPN protocol that you use.

Security – How Safe Is It to Use CyberGhost?

They are able to do this by concealing your true IP address, encrypting all of your online communications, and avoiding the use of dubious logging tactics.

This is a condensed version of our findings, which are as follows:

A comprehensive selection of cutting-edge VPN protocols is available with CyberGhost. In addition to this, it has abandoned several earlier choices that were vulnerable, such as PPTP and L2TP, which is a positive indicator.

The following are included on the current list of VPN tunnels:

OpenVPN (TCP/UDP) is now the most common protocol for virtual private networks (VPNs) because to its superior speed to security ratio. It will accommodate the requirements of the vast majority of VPN users already operating.

IKEv2 is a popular choice for mobile users since it places less strain on the computer’s processing power than OpenVPN does. It enables you to move between networks without causing your VPN connection to be interrupted in any way.

If you are unsure about which protocol would work best for you, the CyberGhost client may choose one for you automatically depending on the characteristics of your connection. Take note that the TCP/UDP toggle will only function if you are connected to the VPN service using OpenVPN.

The AES-256 cypher is what CyberGhost employs to encrypt your network communication. This encryption approach, commonly referred to as “military-grade encryption,” is the safest one we have access to at the present time.

You will be utilising ChaCha20 if you switch to WireGuard as your encryption method. It is also preferable to have this option available if your devices are unable to implement AES hardware acceleration.

CyberGhost promotes itself as a VPN service that does not keep any logs whatsoever. However, this is not entirely accurate since they do capture a significant amount of information. To your good fortune, none of it can be used to identify you or launch a hacking assault directed at you.

Keeping this in mind, the following data was collected and kept by CyberGhost VPN Review:

Unblocks over 35 Streaming Platforms Including Netflix and Disney+

If you need to avoid geo-restrictions for streaming, CyberGhost is one of the finest virtual private networks (VPNs) you can utilise. The procedure of watching episodes on Netflix, Disney+, and BBC iPlayer was easy and did not involve any complications.

Even though Amazon Prime Video is notorious for having exceptionally difficult blockages, the optimised server that CyberGhost uses was able to get the platform operating immediately.

It was necessary to do some troubleshooting in order to get access to a couple of the services, but it did not take very long to have them back up and running. SkyTV and DAZN were the only two websites that I was unable to unblock. I checked more than fifty different server locations to see whether they could unblock the following platforms:

I wanted to see if CyberGhost could unblock US Netflix, so I connected to its optimised New York server. Considering the physical distance between my location in California and the east coast server, I expected speeds to lag a little bit, but I was surprised that it didn’t slow down much at all. I was able to watch Phantom Thread on Netflix US with very little buffering.

First, I connected to the optimised Las Vegas server, which worked to access Disney+ — but it was a little slow. It let me stream Soul in HD, but I had to sit through about 20 seconds of buffering at the beginning. I actually got faster speeds connecting to CyberGhost’s (non-optimized) New York server, which loaded Soul a lot faster. There’s also an optimised server in London, which I did not test.

However, the New York server that wasn’t optimised was in fact a touch quicker than the others.

I was ecstatic when CyberGhost cleared Prime Video effortlessly with its US focused server since it allowed me to watch Wheel of Time in HD without any buffering. Amazon Prime Video has also been working hard to ban VPNs, and a lot of other top VPNs I’ve tried don’t work anymore.

Only the server that was geared for use in the United States was capable of unblocking Prime Video.

I utilised the live chat feature on CyberGhost’s website to seek for assistance when I was having problems unblocking Hulu, and the agent provided me with some straightforward troubleshooting tips that helped me resolve the issue. In the end, I was successful in regaining access to Hulu.

To unlock the platform, all I had to do was switch from Google Chrome to Firefox. Once that was done, I was able to rapidly load up Young Rock. At first, the image was of poor quality, but it quickly improved to HD.

After connecting to the optimised server in Chicago, I was able to access the HBO Max website. However, when I entered my login details, it told me that my credentials were incorrect. This was not the case, as I was able to copy and paste them into the platform even when the VPN was disconnected, and they were successful.

After switching to Firefox, I was able to get HBO Max working, and I was able to load up The Nevers in only three seconds. I made the decision to apply the same troubleshooting steps that worked before to unblock Hulu.

Does CyberGhost Leak your data?

During the course of our testing for this CyberGhost vpn review, we did not come across any potentially damaging data breaches.

There are no bandwidth limits or data caps, so you can seed or download as many files as you like. In addition, it offers DNS leak protection. The speeds are decent, and your digital life will be shielded from the prying eyes of governments, network administrators, or internet service providers. CyberGhost has hundreds of servers that are optimised for torrents.

Their one-month plan will cost $12.99, which is not an unusual price for a plan of such length. However, this plan is the only one that has a shorter money-back guarantee policy than the other plans, which have it for 14 days. All of the other plans have it for 45 days.

To pay for your membership, you have the option of paying using a variety of anonymous payment methods, including cryptocurrencies, in addition to credit cards and PayPal. This is a convenient feature that we highly recommend.

Is there a free version of CyberGhost available?

You are not required to provide any payment information in order to use the free trial of CyberGhost VPN, which is surprising given that the majority of premium VPN service providers only offer trials in the form of a money-back guarantee. Although there is no free version of CyberGhost VPN, the company does offer a free trial that lasts for 24 hours on desktop devices and 7 days on mobile devices.

It goes without saying that there is also a money-back guarantee, the duration of which, depending on the length of the plan, can range anywhere from 14 to 45 days. This should be more than enough time to test out CyberGhost before deciding whether or not you want to make a long-term commitment to the service.