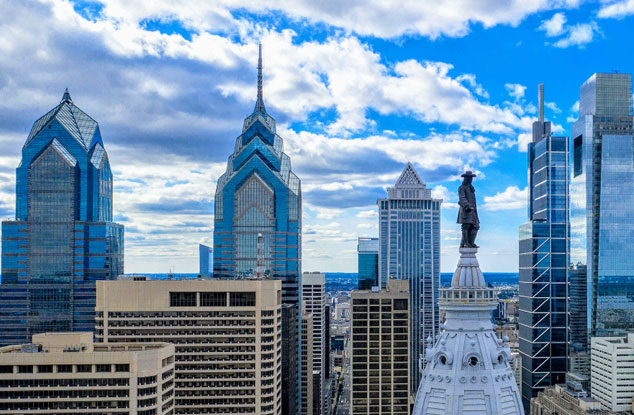 In spite of the fact that the city has a history of underdevelopment, poor administration, and high levels of criminality, Philadelphia has seen significant transformations in the recent past. Let’s take some deep look on Things to do in Philadelphia Travel Guide.

Today, it is a thriving location that has a growing population, an improving quality of living, active civic involvement, and a wide variety of attractions and activities to choose from. Because the first Continental Congress was convened here in 1774, it is also rich in colonial history, making it an instructive destination for anybody interested in learning more about the history of the United States.

The Best Time to Visit Philadelphia

The climate of Philadelphia, like that of other cities on the east coast, is characterised by mild springs that are often cloudy and wet, hot and muggy summers, beautiful and brisk autumns, and chilly winters that often have at least one significant blizzard.

For this reason, it is recommended that you travel during the spring or summer, which are, unsurprisingly, the busiest times of year for visitors. Because of the beautiful weather in the spring and summer, you will be able to get the most out of your vacation, and both interior and outdoor attractions will have an equal chance to shine.

Philadelphia is sometimes referred to as the “City of Communities,” and the neighbourhoods that make up Philadelphia each have a personality of their own. There is something for everyone, whether you want to spend your time in an area that is focused on quiet and family-friendly activities, the thriving nightlife of the Gayborhood in Washington West, museums and parks, chic high-fashion shopping, or thrifty, snappy vintage and boho vibes.

There is something for everyone. If you have a clear idea of what you want your holiday to include, you should perform some preliminary research and structure your itinerary around the local areas. Do not pass up the opportunity to indulge in local favourites like as Frank’s Black Cherry Wishniak and Hires Root Beer, as well as a water ice that is both sweet and tasty (despite having a name that is rather redundant), a soft pretzel, or scrapple.

This bell, which was made in 1752, has become an iconic emblem of freedom in the United States. The reading of the Declaration of Independence is reported to have taken place in July 1776, and the bell was rung at that time.

Even though the bell weighing 2,080-pounds (940-kilograms) was cast in London, it shattered the very first time it was rung in Philadelphia after it had arrived there. Local metalworkers recast it twice, but the bell finally fractured again, producing the unique crack that it still retains to this day.

See also  Things to do in Los Cabos Travel Guide

Despite their efforts, the crack is still visible. Currently, the bell may be seen at Independence National Historical Park, which is a public park that does not charge admission fees.

One of the most recognisable landmarks in the area is a sculpture created by Robert Indiana that spells out the word “Love.” The aluminium sculpture was put in place in 1976 at JFK Park, which is also known as Love Park, and it has since become a popular location in which to take photographs, rest, and observe the locals.

The artist developed the sculpture “Amor” as a response to the shifting demographics of the nation as well as his wish to connect with Spanish-speaking populations.

The Constitution is the central focus of this enlightening museum. You may learn more about the Constitution’s relevance to the concerns of the day via the museum’s interactive exhibits, which are held in conjunction with the museum’s regular events and lectures. In addition, discussions for both the presidency and the senate have been held at the centre.

Simply get ready, since there are 72 stages involved! When you are finished, there is a bronze figure at the foot of the stairs that you are welcome to take pictures with. The monument, which stands at a height of 10 feet (3 metres), was first fabricated for a sequence in the 1980 film Rocky III, and was subsequently erected in its present site.

When Philadelphia served as the nation’s capital from 1790 to 1800, the President of the United States resided in this three-story brick structure. Before the country gained its freedom, this edifice served as the command centre for the British soldiers who occupied the territory.

Since the home was destroyed in an accident in 1951, the only thing that is left are the walls. Today, the building serves as an outdoor monument that emphasises on the function that slavery had in colonial America, especially the role that slaves played in George Washington’s own household.

Before the United States implemented its prohibition policy between the years 1920 and 1933, Philadelphia was a booming centre for the distilling industry. However, despite the fact that the 18th Amendment nullified such achievement, the city has been gradually reverting to its boozy origins ever since a legislation passed in 2011 permitted distilleries to operate tours and serve tastings of their products.

There are a few throughout the city that are accessible to the general public. Popular distilleries in the area include Philadelphia Distilling, which was the first to welcome customers after the passage of the new legislation, Stateside, and New Liberty Distilling.

The Philadelphia Museum of Art is home to around 240,000 objects, some of which include paintings, sculptures, drawings, drawings of armour, prints, photos, and pictures of prints. It was established in 1876 for the inaugural World’s Fair. There are pieces here by masters like as Monet, Van Gogh, Renoir, and Rodin, amongst others.

It is a collection of mosaics and other works of art that have been created by repurposing broken tiles, glass, and a variety of other odds and ends. Its construction began in 1994, and it was not officially open to the public until 2008. It occupies three municipal lots. In addition to the inside maze, there is also an outdoor labyrinth for you to explore.

Best Hotels in Things to do in Philadelphia Travel Guide

The Rittenhouse is a beautiful hotel located right next to Rittenhouse Square, and it strikes a smart mix between traditional opulence and contemporary conveniences. The hotel provides guests with a traditionally luxurious experience, from the furnishings to the services, despite its family-friendly atmosphere and central location.

The Kimpton Hotel Monaco Philadelphia, which has become a landmark in the city for good reason, is generally considered as one of the finest hotels the city has to offer. Fans of architecture will like the stunning and one-of-a-kind design of the structure, which gives the hotel a personality that permeates into each of the 238 rooms, none of which are designed in exactly the same way as the others.

Consider staying at the apartment hotel Lokal Hotel, which is made of six studio suites that have been lovingly designed, if you’re searching for an experience that isn’t quite as routine as staying in a typical hotel. This Fishtown favourite is in great demand during the busiest part of the tourist season because it has a fantastic location and the genuine atmosphere of being at home away from home.

People who are interested in living at The Touraine, which is a historical monument and apartment complex, compete with one another for the chance to move in permanently whenever there is a vacancy. Visitors who are interested in staying at The Touraine for a shorter period of time have the option to rent one of many “travel flats,” which are beautifully appointed suites.

Travelers who are searching for a luxury and pleasant experience without paying a lot will find the Dwight D Hotel to be ideal. This boutique hotel has a rich history and is well regarded in the hospitality industry. The hotel is a strong competitor for families and couples alike because to its stunning accommodations and desirable location.

The Middle Eastern dinner at Laser Wolf is consistently ranked as one of the finest in all of Pennsylvania, and the three-course prix fixe menu that costs $39 per person is a must. The most delicious options on the menu at Laser Wolf are the more classic preparations, such as the braised short ribs, entire branzino, and savoury kebabs. They are famous for the amazing cocktail pairings that they provide, so you shouldn’t forget to order one.

See also  Things to do in Auckland Travel Guide

Hershel’s is a Jewish deli that is on par with those found in New York City. It can be found in the historic Reading Terminal Market. Latkes and potato knishes are great options for a warm pick-me-up, but if you want to stick to the classics, their matzo ball soup and pastrami sandwiches are fantastic.

It rains between seven and ten days per month on average in Philadelphia, which is beneficial in that it is steady throughout the year. However, this does suggest that you should definitely have an umbrella or a raincoat with you just in case it does start to drizzle.

The springtime in Philadelphia is a beautiful time of year, although the weather may be brisk at the beginning of the season. During the warmer months, temperatures may fluctuate anywhere from roughly 35 to 75 degrees Fahrenheit.

In the summer, Pennsylvania, like with many other eastern states, may have high temperatures, and the humidity can be especially thick in Philadelphia. Temperatures at night drop to roughly 65 degrees Fahrenheit at the beginning of the season, but by the height of summer they may soar to 90 degrees and even higher. The summertime in Philadelphia is really stunning, and the city’s climate makes it a wonderful place to visit; nonetheless, it is important to remember to bring sunscreen and a water bottle.

The autumn season is a great time to visit the eastern United States since it is when the region’s famous foliage is in full bloom. Additionally, tourism dips during this time of year, making it far less crowded than other times of year. Bring layers with you since the average temperature in the autumn ranges from 42 degrees Fahrenheit all the way up to 80 degrees Fahrenheit.

And last but not least, winter, which, although chilly, is not nearly as severe as it may be in some other eastern states. The city of Philadelphia experiences snow most years and has temperatures that vary from 28 to 45 degrees Fahrenheit on average. It is possible to have a wonderful time over the holidays by going there and taking advantage of the less people in the city.