Things to do in Atlanta Travel Guide: Even though it’s been many years since Atlanta was recognised as one of the hippest cities in the United States, the city is still very much in the public eye. There are various reasons to arrange a trip to the location that is popularly regarded as the entrance to the southeast; yet, the Big Peach is just enjoyable to visit for no other reason.

There is no denying that Atlanta is brimming with personality and offers something for every tourist. This is because the city is home to a busy bar scene, bustling marketplaces, award-winning restaurants, extensive green spaces, shopping complexes, intriguing museums, and important historical monuments.

Those who are interested in trying regional dishes will be pleased to learn that the city is home to an impressive number of restaurants that are worth visiting. These restaurants range from traditional barbecue joints to well-known establishments, and there is also an ever-expanding selection of new restaurants that serve dishes from around the world. There is an abundance of activities for families to do with their children, like going to the renowned Georgia Aquarium to see dolphins, sharks, and beluga whales, as well as riding through parks.

The Best Time to Visit Atlanta

Months between the March and May is actually the time of year when temperatures are at their most agreeable, and there are many outdoor festivals and cultural events that one may look forward to attending. If you visit the city in the spring, you will be able to escape the stifling summer heat as well as the hotel rates that have a tendency to increase at the same rate as the temperatures.

The United States Dollar ($) is the currency.

Visit to Communities and Bustling Neighborhoods

The best approach to get a feel for a city is to spend time exploring its many areas, and this is true whether you go there by car. The majority may be reached on foot or by using public transportation. Discover the posh Buckhead neighbourhood, the historic Downtown area, and the colourful Little Five Points neighbourhood. The Eastside Trail and the Westside Trail are both parts of the Atlanta BeltLine, which links numerous intown areas.

Parks in the City

Anyone who has ever flown into Atlanta may immediately understand why it is often referred to as the “City in the Forest.” Explore some of the city’s most famous parks, such as Piedmont Park in Midtown or Westside Park, the newest and biggest of the city’s parks, which has over 280 acres of land around the Bellwood Quarry Reservoir.

Both parks are located in Westside. Explore the city’s numerous urban parks, streams, and paths that wind their way through the metropolitan landscape. Canoeing or tubing down the Chattahoochee River in the summers is a great way to “shot the hooch,” also known as to have fun.

You may go on a day excursion to the North Georgia mountains, which are the most Southernmost point of the Appalachian Mountains, or you can go on a hike on one of the numerous trails that are located there. Visit the Atlanta BeltLine, one of the most innovative regeneration projects that is redefining the city, if biking is more your pace.

History that is Rich and Progressive

It is well acknowledged that Atlanta served as the movement’s epicentre. It was in Atlanta that civil rights pioneers like Martin Luther King Jr. and John Lewis laid the groundwork, and it is in this city that you can see the locations where history was made and is still being created today.

Both the Music and the Culture

Everything in popular culture can be traced back to Atlanta’s impact. There is a good chance that you have seen anything very lately. Not only did Atlanta give birth to famous people like Julia Roberts, but it is also the hometown of rising stars like the civil rights artist Fahamu Pecou and an alumni of Top Chef named Kevin Gillespie. There is no shadow of a doubt that this location is a fertile ground for the music scene. 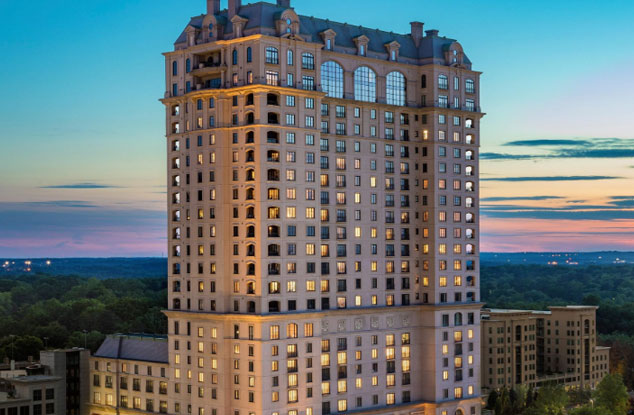 The St. Regis Atlanta, which can be found in the posh district of Buckhead, is home to some of the most luxurious lodgings in the city. Some of the hotel’s suites have floor-to-ceiling windows, marble bathrooms with soaking tubs, and handmade chandeliers. The sparkling Pool Piazza, a swimming pool that is 40,000 square feet in size and has exquisite cabanas as well as drink service poolside, is, however, the highlight of the show.

The Whitley is one of the most lovely residences in all of Buckhead because to its unique combination of classic southern grandeur and contemporary design. Marble bathroom countertops, high ceilings, and Egyptian cotton linens by Frette can be found in each of the hotel’s opulent guest rooms and big suites.

Many of the hotel’s accommodations provide expansive views of the city’s scape. At the prestigious and multi-award-winning Whitley Spa, guests may indulge in trademark relaxation treatments, and at Trade Root Restaurant & Lounge, they can sample inventive dishes inspired by southern cuisine.

The rooms at the reasonably priced Aloft Atlanta Downtown are particularly enticing due to the fact that they allow guests to bring their pets, there is a pool on the premises, and that the bar has live acoustic performances. These colourful rooms and suites, designed in the form of a loft, can be found close to the magnificent Centennial Olympic Park.

They are equipped with everything you would want for a relaxing stay in the middle of the city’s hustle and bustle. Those who are travelling for business will find the technologically advanced rooms and event areas to be very useful.

The Glenn Hotel is known for having some of the most aesthetically pleasing rooms and suites in the heart of Downtown Atlanta. Attractions like as the CNN Center, State Farm Arena, and Mercedes-Benz Stadium are located only across the street, and travelers can reach the Georgia Aquarium and World of Coca-Cola by taking a short stroll through Centennial Olympic Park.

The Four Seasons Hotel Atlanta combines an ideal setting with excellent rooms, and it is conveniently located in Midtown. This hotel places tourists in the heart of the city, just around the corner from Piedmont Park and the High Museum of Art. It also provides guests with magnificent rooms and suites that include breathtaking views and a colour scheme that is bright and airy. Consuming alcoholic beverages at Bar Margot and indulging in one of the luxurious services offered at the spa located on-site are both required activities.

Because the Loews Atlanta Hotel is located in the middle of the bustling Midtown neighbourhood, there is always something new to discover in the neighbourhood. The likes of Piedmont Park, the Beltline, the Fox Theatre, and the High Museum are all within easy walking distance for guests, after which they may retire to roomy, contemporary suites or rooms. The property’s restaurant, Saltwood, specialises on small meals and artfully selected charcuterie boards, while the hotel’s award-winning spa, Exhale, provides distinctive treatments.

The chef-driven food is reason enough to visit, but the exquisite dining room also houses the Lewis Collection, which is one of the biggest private collections of 20th-century contemporary art in the world. The restaurant Atlas, which is housed inside the St. Regis Atlanta and takes pride in serving farm-fresh vegetables and inventive chef tasting menus, rotates its selections on a daily basis. You may learn about the required attire for both the dining room and the tavern from the respective sections of the website.

Bacchanalia has retained its reputation as one of the top restaurants in Atlanta since it first opened in 1993. The restaurant offers a prix fixe menu that focuses on seasonal and organic foods, many of which are derived directly from the farm owned by the restaurant’s founders.

This West Midtown eatery is well-known for its Italian-influenced seasonal cuisine, which can be enjoyed in the restaurant’s vast dining room or outside on its beautiful terrace for an authentic taste of the Italian countryside (fire pit included). Baffi makes an attempt to get its food from local farmers and vendors in the Atlanta area wherever possible. Although they are not needed, reservations may be made either over the phone or on the website.

This Poncey-Highland establishment opened in 1929 and has been known for its “meal that pleases” ever since. Every city needs a nice old-fashioned diner like this one. The Majestic Diner, which is now considered a landmark in Atlanta, is the place to go for a breakfast or lunch in the traditional and laid-back diner manner. There is no need to make a reservation, and you can place your order for meals either online or over the phone in advance for pick-up.

July, the city’s warmest month, and January the month with the city’s coldest weather, both have the potential to be quite humid in Atlanta throughout the summers. The annual precipitation total for Atlanta is around 47 inches, and the city receives approximately 0.59 inches of snow. The city experiences hurricane season from June all the way through November, much as the majority of other southern coastal areas of the nation.