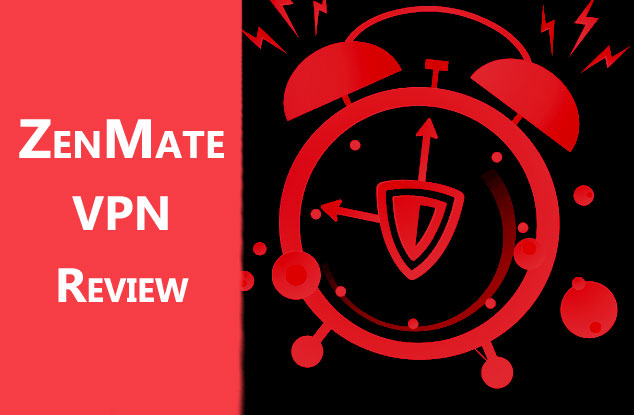 On paper, ZenMate is almost the ideal virtual private network (VPN) that you can obtain in 2022. Although it has more than 45 million members, it does have certain drawbacks as well. Learn more about my thoughts or zenmate VPN review by reading my in-depth evaluation.

ZenMate is an easy-to-use virtual private network (VPN) service that doesn’t cost much money. It has strong security settings, broadcasts Netflix from the United States, and enables file-sharing through P2P networks. Nevertheless, the VPN’s average speeds, hazy privacy policy, and subpar customer assistance are all frustrating aspects of the service. In a nutshell, ZenMate is an appropriate virtual private network (VPN) for beginners that can safeguard data transfers when torrenting, streaming, and using free public WiFi. 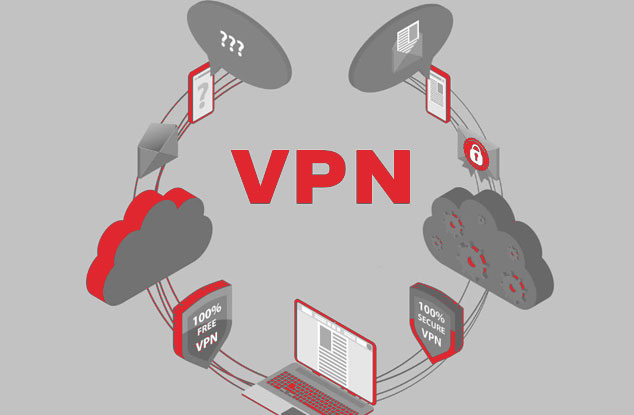 The usage of any of these three solutions is risk-free, and the virtual private network (VPN) software offers a high degree of protection and anonymity. On the other hand, its also a fact that ZenMate does not provide anything particularly remarkable to its consumers.

In order to write this ZenMate VPN review, we checked the speed, security, and privacy of all of the VPN’s programmes and extensions, as well as their capacity for streaming and torrenting content.

ZenMate might entice you with its affordable rates, particularly for its longer-term subscription options. You may test it risk-free for a period of 30 days and get your money back. There is also a free version accessible for browser extensions, in addition to a corporate offer that may be taken advantage of. However, the free plan has a lot of restrictions. IPSec, IKEv2, and L2TP are the only protocols that are supported (not OpenVPN, which is the most secure).

ZenMate has both a kill switch and protection against DNS leaks; our tests revealed neither IP nor DNS breaches. It provides two options for high-standard encryption: 128-bit and 256-bit, and both of them are secure for use with public WiFi networks.

If you want a Virtual Private Network that functions dependably in China, you will need to explore elsewhere, since ZenMate is unable to circumvent the tight Chinese firewall. On the other hand, customer care provided me with some workaround suggestions that would be applicable in countries with tight censorship, such as Saudi Arabia or Iran.

Pros and Cons of ZenMate VPN

How well does ZenMate VPN perform in terms of speed?

It should be made quite apparent that virtual private networks (VPNs) do not have speeds; rather, the question is how much a VPN slows down your baseline connection. When you connect to the internet using a Virtual Private Network (VPN) server, the path that your data travels to reach its destination and return is lengthened. Then there is encryption, which likewise has the effect of reducing the speed of your connection.

Is ZenMate a decent option for P2P and torrenting?

Torrenting is not allowed on certain servers due to local constraints, although it is still possible to do so in general. ZenMate is an excellent choice for a virtual private network (VPN) to use while torrenting content.

The connection speeds got off to a strong start but then began to plateau at about 4 MB per second (32mbps). It’s possible that this has very little to do with ZenMate because of the way P2P works.

Where exactly is the headquarters of Zenmate VPN located?

The headquarters of ZenMate are located in Germany, which, in case you were unaware, is a member state of the notorious 14 Eyes alliance. As a result, ZenMate is required to cooperate with the relevant authorities with any request for user information. This indicates that ZenMate would be required to cooperate willingly with a request from the government to give up the data of its users if such a request were made.

On the other hand, ZenMate asserts that it does not maintain any logs, thus I do not believe this should be a major cause for concern. However, if you are unsure and place a high priority on protecting your privacy, you might consider using a service like as ExpressVPN, which has its headquarters in the British Virgin Islands (BVI).

Well, yeah, ZenMate does store the logs. However, despite having a privacy policy that is fairly difficult to understand, ZenMate states that it does not store records of your online actions, which is perhaps the most important thing in the long run. However, the reasoning behind why they log IP addresses is still unclear. The following is a list of information that ZenMate maintains, none of which is personally identifiable:

See also  How to Clean Gold Rings with Stones?

In spite of the fact that the information contained in these kinds of logs does not pose a significant security threat, one aspect of ZenMate’s privacy policy that I find quite strange is that it states the company will provide law enforcement authorities with the information required for criminal prosecution in the event of cyberattacks.

Does ZenMate work in China?

Regrettably, ZenMate cannot be used in China due to local restrictions. In spite of the fact that I attempted to unblock a number of Chinese websites, I did not have any success. When one considers the fact that it does not even have a Chinese server to begin with, this shouldn’t come as much of a surprise. I’ve also heard that ZenMate is inoperable in countries with a significant amount of internet censorship, such as Saudi Arabia and Iran. Therefore, if this is something that you are concerned about, then you may want to consider other options like as ExpressVPN or NordVPN.

Streaming: Is it possible to use ZenMate with Netflix?

ZenMate is a VPN service that, in addition to providing fast speeds, has also shown to be rather compatible with Netflix. In terms of the quality of the video playback, I attempted to watch “The Avengers,” and I did not have any problems with the streaming at any point. On the other hand, I cannot say the same thing about the quality as a whole.

Compatibility: With what kinds of electronic gadgets can I use ZenMate?

ZenMate is an app that has a strong track record when it comes to compatibility. You have the option of downloading programmes that are compatible with it, or you may setup it directly on your computer running Windows, macOS, Android, iOS, Linux, or even gaming consoles. You may set up ZenMate to operate with a variety of devices, including a Firestick TV, Apple TV, Chromebook, Raspberry Pi, Smart TV, and even routers.

The best part is that it comes with browser extensions for major browsers like Chrome, Firefox, and Opera, and that a single subscription may be used on an infinite number of devices at the same time. This is one of my favourite features of this product. In general, you shouldn’t run into any problems while attempting to use any of the ZenMate applications on your iPhone.

The Windows and Mac versions of ZenMate

As I was saying before, ZenMate has applications available for both Windows and Mac operating systems. My experience with these applications led me to believe that their user interfaces were intuitive and that they were well designed. Both the Windows and Mac applications of ZenMate make it very simple to access all of the configurable settings. If this is your first time using a virtual private network (VPN), ZenMate is going to blow your mind with how easy it is to use.

The ZenMate applications for iOS and Android are likewise nicely designed and intuitive to use. ZenMate VPN is available for both platforms. There aren’t too many customization choices available, but I think that’s what makes it so easy and quick to use overall. In general, I don’t have anything negative to say about either their iOS or Android applications.

Pricing Information – What is on Going Rate for ZenMate?

When it comes to cost, ZenMate is rather inexpensive. At this time, you have the option of selecting a subscription plan that ranges from 1 month to 18 months or 6 months. The following is a breakdown of the costs associated with each of these plans:

When it comes to methods of payment, the only ones accepted for the purchase of ZenMate are PayPal and credit cards. The most important thing to note is that there are no solutions available to buy ZenMate discreetly using Bitcoins. The good news is that ZenMate backs all of its membership options with a money-back guarantee for a period of thirty days. I also neglected to note earlier that ZenMate provides a free trial for a period of seven days, which is something that I think is incredibly great.

There is a possibility that not all of you are content with the features that are offered by this service. I have no grounds to condemn you for this. Because protecting one’s privacy online is such a touchy subject, each individual has their own set of priorities. You may look at this list of ZenMate alternatives if you want to see what else is out there:

An Examination of TunnelBear

Review of the Shellfire VPN

Do I Recommend ZenMate VPN?

Yes, I do suggest ZenMate. There are obviously a great number of reasons for this. In addition to providing a free trial, it does not maintain activity records, is compatible with Netflix, and has high download and streaming rates. In general, it’s a very great virtual private network service. However, it is not quite up to par in every way.

For example, while it has security features such as a Kill Switch and protection against DNS leaks, it does not have Split tunneling and does not even have an ad-blocker. I assume at this point you can understand where I’m headed with this discussion. In my perspective, ZenMate still has a lot of work to do in terms of enhancing their service and introducing new features.

To begin, it would be very appreciated by me if they could simply simplify their privacy policy in the same way that the vast majority of other VPNs do these days. In light of this, despite the fact that I do suggest making use of ZenMate, I am unable to award it more than 3.4 stars in my ZenMate VPN review.